For accessibility options, click the icon in the right-hand corner:

Menu
Back to Course

Show more
Embedding Employment Activities in the 5 CIL Core Functions What is Independent Living?
Lesson 2 of3
In Progress
← Previous

What is Independent Living? 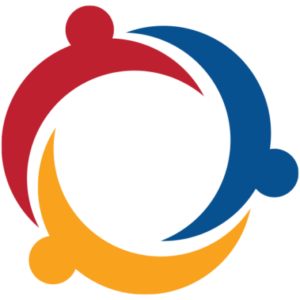 Independent living can be considered a movement, a philosophy, or specific programs. In the context of ACL, independent living programs are supported through funding authorized by the Rehabilitation Act of 1973, as amended (The Act). Title VII, chapter 1 of the Act states the current purpose of the program is to “promote a philosophy of independent living including a philosophy of consumer control, peer support, self-help, self-determination, equal access, and individual and system advocacy, in order to maximize the leadership, empowerment, independence, and productivity of individuals with disabilities, and the integration and full inclusion of individuals with disabilities into the mainstream of American society.”

To receive funding, states must jointly develop and submit a State Plan for Independent Living (SPIL), which is a three-year plan for providing independent living services in the state. The Designated State Entity (DSE) is the agency that, on behalf of the state, receives, accounts for and disburses funds received under Subpart B of the Act. The Statewide Independent Living Council (SILC) is an independent entity responsible to monitor, review, and evaluate the implementation of the SPIL. Centers for Independent Living (CILs) are consumer-controlled, community-based, cross-disability, nonresidential private non-profit agency that are designed and operated within a local community by individuals with disabilities, and provides an array of independent living services.

Lesson Content
What is an example of a life skill?

Join us and stay tuned!

We’ll keep you up to date on all events, webinars, and newsletters!

This website was created by The Lewin Group/TASH under the Administration for Community Living (Administration on Disabilities) . Contract HHSP233201500088I / 75P00120F37007.

Please confirm you want to block this member.

You will no longer be able to:

Please note: This action will also remove this member from your connections and send a report to the site admin. Please allow a few minutes for this process to complete.

You have already reported this
Clear Clear All